In a Perfect World Contributes To Successful Beach Cleanup 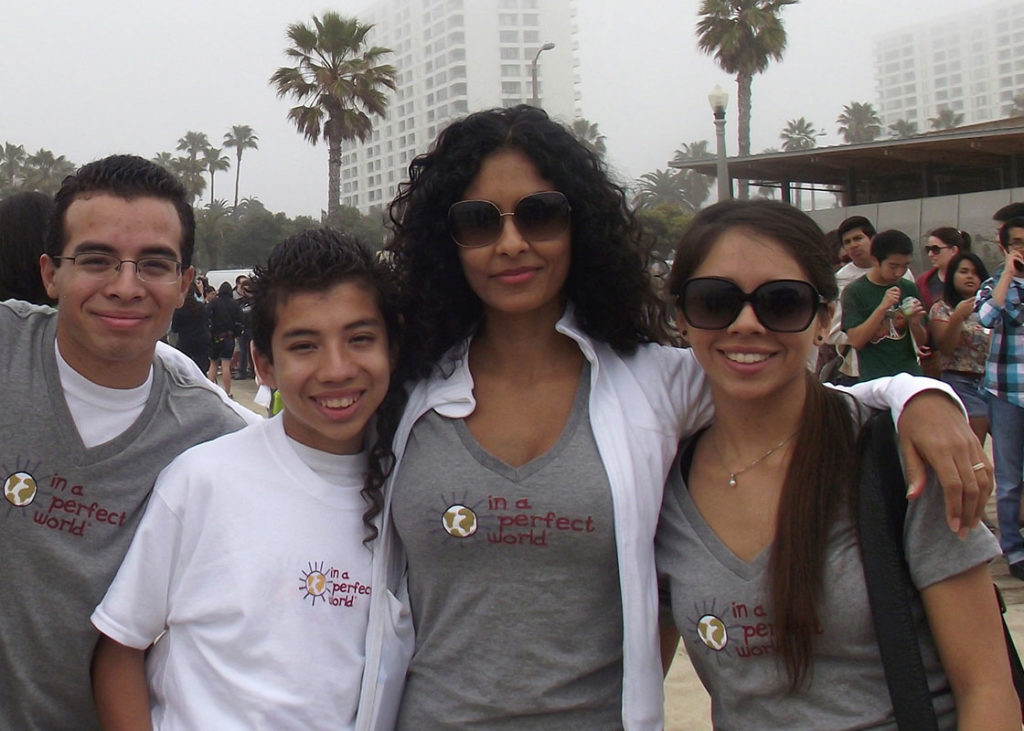 In a Perfect World, founded by Manuela Testolini, participated in Heal the Bay’s Earth Month Nothin’ But Sand beach cleanup in support of Earth Day efforts on April 21, 2012 at Santa Monica Beach.

Testolini was joined by her husband, American singer Eric Benét, and a group of In a Perfect World youth ambassadors and adult mentors for the philanthropic event. The foundation partnered with several organizations prominent in the Los Angeles and Santa Monica areas, including Heal the Bay and the Ian Somerhalder Foundation. Heal the Bay collaborated with the California Coastal Commission and Whole Foods Market to promote the initiative.

Hundreds of volunteers arrived at Santa Monica Beach early Saturday morning to donate their time and effort to making the world a cleaner and healthier place to live. Sharing recycling bags between groups of two to three individuals in order to decrease the number of plastic bags used, volunteers underwent a brief educational orientation to learn the harmful effects of improperly disposed of garbage on the environment. Certified Heal the Bay speakers communicated alarming statistics to volunteers, such as the number of days needed for the ocean to cleanse itself after a large rainstorm due to the amount of garbage that washes into the water from as far as twenty miles inland. Upon completion of orientation, volunteers embarked on a two-hour endeavor to recover as many harmful substances and neglected garbage as possible from the shoreline of the Santa Monica Beach. Testolini and Benét teamed with enthusiastic children from In a Perfect World to assist in the cleanup of the shoreline.

As the conclusion of the event approached, volunteers retreated to the check-in location and contributed their collections of garbage to the heaping mound of trash that had been carelessly left on the sands of the beach. In a Perfect World was proud of the motivation and dedication of its volunteers when it came to recovering the harmful substances that were tainting the beautiful Californian coastline.

Add IMPACT to your inbox